Posting my D's late this week - earlier in the week, I was in a remote southern province of Laos for a meeting. The Definition of remote in this case being - outside internet contact! It's actually a three hour drive along a good road from Pakse. 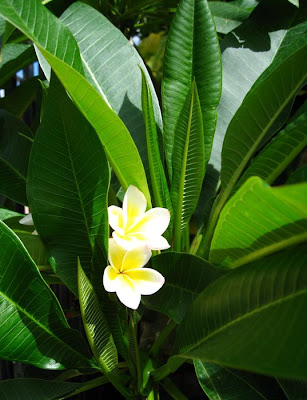 The word for flower in Lao is Dok and this is the national flower of Laos, called Dok Champa

I travel a lot in remote areas. This is an example of a Difficult Road: 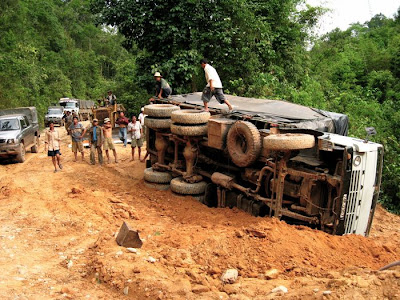 The transport truck was trying to Descend into a Detour, and somehow fell over. We carefully went over the bridge and headed on our way. The following day, bulldozers had removed the truck and smoothed the detour and it looked like nothing had happened.

This was a strange picture - last March, I was riding my bike along a dirt road and saw this dust devil. It swirled and moved back and forth along the road for about a half hour. And I stood there and watched it for that long! 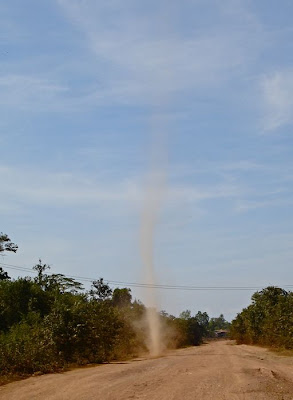 These are Dragons on the roof of a Chinese temple in Pakse:

This is the Doorway into the Chinese Temple: 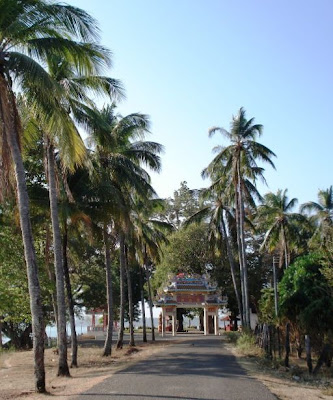 And a Drum in a village temple: 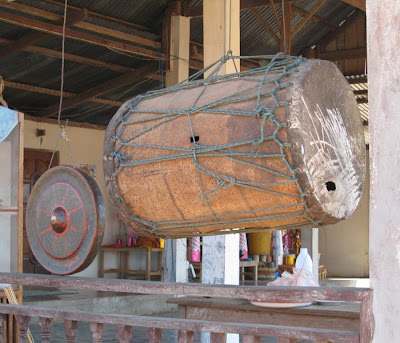 The drum wakes the monks for morning meditation, and calls the people for the alms giving at lunchtime.

I love your selection of "D" photos! And I would stop and watch a dust devil for half an hour, too, if one ever showed up where I live.

Thanks so much for posting on ABC Wednesday, It doesn't matter you are late, your post was so powerful.