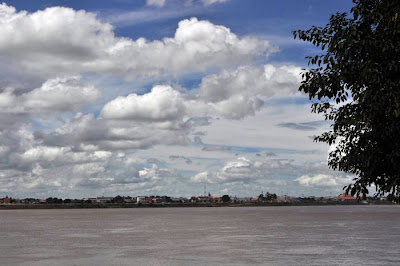 The end of the rainy season puts on quite a show - dramatic clouds over the Mekong River, looking towards Nakorn Phanom, Thailand. 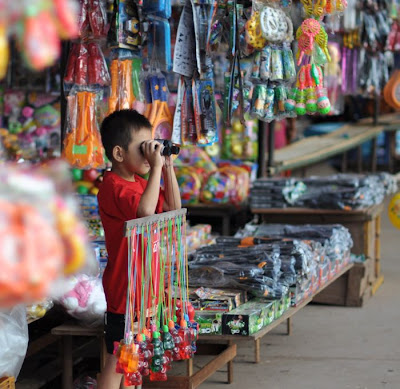 This little boy was looking out towards Thailand as well. I think he was looking through the wrong end of the toy field glasses. I captured him at a temple fair. The end of the rainy season is also the end of Buddhist Lent. All along the Mekong, people from villages and cities celebrate by holding boat races.  Temple fairs and gathering of merchants selling everything accompanies the boat racing. 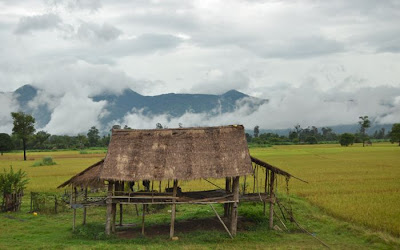 There still are periods of rain. I went out to some villages near the Lao - Vietnam border this week. There were floods in those areas last week - in fact, the other side of the border on the Vietnamese side had some of the worst flooding in years. 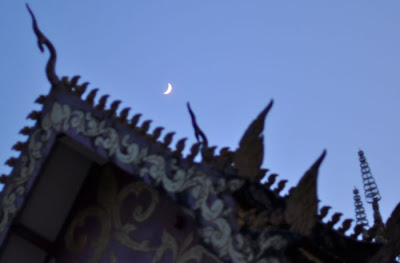 Buddhist Lent ends with the next full moon. People are watching the moon and counting off the days.

Hope you enjoyed my photos. This is my contribution to Skywatch Friday, whose members post pictures of the skies around the world.
Posted by chanpheng at 10:07 PM 2 comments: