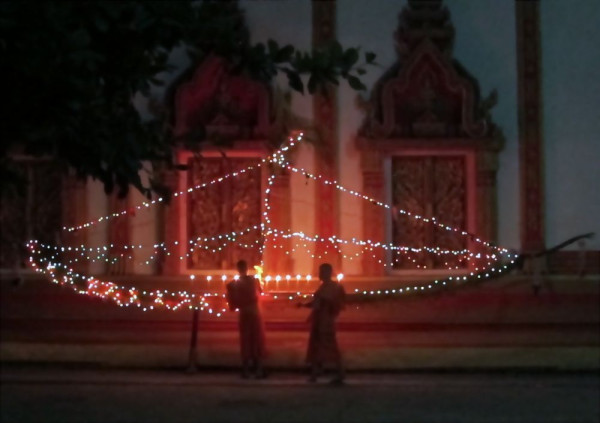 Posted by chanpheng at 11:04 AM No comments:

Reading for the remainder of February

I've read a total of 11 books this year. At the moment, I'm moving through the River of Smoke by Amitav Ghosh. While I enjoy the historical detail about the time leading up to the Opium Wars, his narrative often bogs down the action. But then, who needs action? The lush descriptions of the wild of Hong Kong in the 1800's, the riot of Canton street life, the politics of the commercial organizations are drawn very precisely. So I enjoy that.

The other books I've read:
9. Zoo City by Lauren Beukes - I guess this would be an urban fantasy, a near future parallel universe where criminals magically become paired with animals which reveal something of their personality. The main character, Zinzi December, is a petty criminal but when she becomes 'animalled' with a sloth during her prison sentence, she develops the ability to find lost things. She can look at a person and know what they have lost, which is still connected through a network in unseen reality. She is hired to find a lost pop star, and moves through a world of shifting alliances. I gave it five stars.

10. Behind the Beautiful Forevers: Life, Death, And Hope In A Mumbai Undercity by Katherine Boo. A remarkable work of creative non-fiction. I'm not sure how she was able to get so close to the undercurrent of Mumbai marginal life, but it's an amazing accomplishment. She follows the lives of people who live in the Annawadi slum, within sight of the International Airport and bounded by a lake full of trash. The book follows their petty jealousies, their kindnesses to each other, living day by day through seeking and selling recyclable trash, their hopes for the future. Then a misunderstanding, starting from a minor quarrel, leads to the death/ suicide of one of the people in the slum and the false accusations of one of their neighbors. More than five stars, great book.

11. Who Fears Death by Nnedi Okorafor - A fantasy set in Africa set far in the future, where the Nuru are waging a war against the Okeke. The main character, Onyesonwu, has to come to term with her violent origins and stop a genocide by re-writing the book of rules. It's an intriguing book, especially that the characters and culture are African. I'd give it four stars - it was a bit long in terms of action, but the narrative and descriptions of life in this desert world were wonderful.
Posted by chanpheng at 8:59 PM 1 comment:

So far, I've read 8 books this year. Unfortunately, I went to a bookshop this past week, got new books and started on those.
Up till now, I've read 8 books:
1. The Night Circus by Erin Morgenstern - Fantasy about a magical bet between two master magicians to answer the question - does one become a stronger magician by developing skills or is this a natural power? I liked this book a lot - when I was reading it, I fell into the text and the beautiful descriptions.

2. Finally finished Shadows on the Hudson by Isaac Bashevis Singer - a masterpiece about Jews who survived the Holocaust, living in New York City in the late 1940's. There is so much about daily life, both profound and trivial; questions about God, the nature of good and evil; the sense of a destiny - but what is it. I was born in the City (don't need to ask which one) and I remember some of the relatives on my father's side. I remember the smell of the apartment buildings and the hot overstuffed apartments. This book conjured up a lot of those memories.

3. The Long Song by Andrea Levy - Plantation life in Jamaica, just before and after emancipation. When we think of slavery, we think of the American South, but Levy's book opens up an entire different historical fact. Well-researched, some great characters - people both to love and hate.

4. Don't Let's Go to the Dogs Tonight by Alexandra Fuller - This book is quite a wild ride - the author's childhood, following her parents' migrations through several troubled African countries, on the edge of civil war, landmines, and poisonous animals. And always, the dogs, more loyal than the kids.

5. Microcosm by Carl Zimmer - all I ever wanted to know about E. coli, and so many things I didn't even think to ask. An epic sweep through the scientists researching the organism and its uses. Zimmer writes with a clear hand and detail - just enough and not too much.

6. More Than Human by Theodore Sturgeon - I read this when I was a child, so pieces came back to me as I was reading it. Story of the new type of superhuman, the fusion of psychic powers across several new people - and the danger posed by the new species towards the old.

7. Room by Emma Donoghue - This book scared me when I started to read it, as it is about the recent cases of kidnapping and imprisonment of young women by strangers. However, the book, narrated by the five year old child, is not that scary. Room is what he knows, there's stability in it, even when his mother is dealing with adult problems. The second half was the most interesting to me, but I won't give that away.

8. The Street of a Thousand Blossoms by Gail Tsukiyama - in my own writing, I try to present the hearts and souls of people I live with now, the people who had been on the other side. Tsukiyama starts with a section of Tokyo before the work, with two orphaned children growing up with their grandparents. One is drawn towards the internal journey of art, the other towards the nationalist sport of Sumo wrestling. The book explores the life during the war - informers, food shortages, the air raids and the fire-bombing of Toykyo. Then, the aftermath of the war; people who had moved to Hiroshima for safety and never returned while the survivors pull their lives together. Again, I love the richness of description and the plot line which showed me another side of the Japanese culture in wartime and in transition.

So, I had to come back to this list to remind myself what I really have wanted to read, long-term:

1. Post-War Laos by Vatthana Pholsena
2. To What End by War Just
3. A Brief History of the Human Race by Michael Cook
4. The Worst Thing I've Done by Ursula Hegi
5. Life and Death are Wearing Me Out by Mo Yan
6. Invisible Nation by Quil Lawrence
7. A War of Nerves by Ben Shephard
8. Development as Freedom by Amartya Sen (slow reading but good for the soul)
9. Vision by Michio Kaku
10.The Long Song by Andrea Levy
11. Such a Long Journey by Rohinton Mistry
12. A Grand Delusion by Robert Mann

Alternate List
1. The Elegant Universe by Brian Greene
2. The Street of a Thousand Blossoms by Gail Tsukiyama
3. I am a Cat by Soseki Natsume
4. Slan by A.E. Van Vogt
5. Strength in What Remains by Tracy Kidder
6. Oyster by Janette Turner Hospital
7. In Xanadu by William Dalrymple
8. Don't Let's Go to the Dogs Tonight by Alexandra Fuller
9. Fruit of the Lemon by Andrea Levy
10. The Concert by Ismail Kadare
11. Nine Lives by William Dalrymple
12. A Problem from Hell by Samatha Power

Audio / Kindle Books:
1. Bleak House by Charles Dickens - started, still working on it
2. The World without Us by Alan Weisman - started and above half way through
3. 2666: A Novel by Roberto Bolano
4. Green Mars by Kim Stanley Robinson
5. Some Sing, Some Cry by Ntozake Shanga, Ifa Bayez
6. Henderson the Rain King by Saul Bellow
7. Super Sad True Love Story by Gary Shteyngart
8. Microcosm by Carl Zimmer
9. The Perfect Storm by Sebastian Junger - read a selection for a class and wanted to read the rest.
10. Ten Billion Days and One Hundred Billion Nights by Ryu Mitsuse
11. Who Fears Death by Nnedi Okorafor
12. Zoo City by Lauren Beukes
Posted by chanpheng at 6:07 PM 2 comments:

Altogether I read 63 books this year. My favorite books were:
1. The Tiger's Wife by Tea Obreht
2. Among Others by Jo Walton
3. IQ84 by Haruki Murakami
4. The Sense of An Ending by Julian Barnes
5. Old Filth by Jane Gardam
6. The Emperor of All Maladies by Siddhartha Mukherjee
7. How to Read the Air by Dinaw Mengestu
8. In the Garden of Beasts: Love, Terror, and an American Family in Hitler's Berlin by Erik Larson
9. Buddha by Karen Armstrong
10. The Boy in the Moon: A Father's Journey to Understand His Extraordinary Son by Ian Brown
Posted by chanpheng at 8:17 PM No comments: